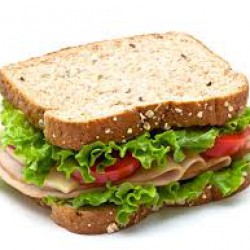 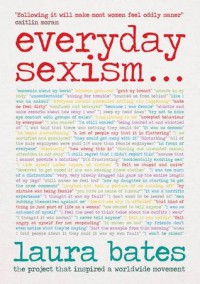 I knew what to expect from the accounts in this book and I wasn't at all surprised by what I read - because, even in such a supposedly egalitarian country like Britain, I see this kind of behaviour all too often. Only last week, I watched from a coffee shop window as two men practically chased a young woman across the street, holding their crotches and yelling vulgar profanities. She looked absolutely terrified and nearly twisted her ankle as she desperately fled across the street and into the nearest shop, hoping for safety. Her only apparent crime was to seemingly have the sheer audacity to look after her appearance. This was on a busy street in the middle of the afternoon, and not a single person did a thing about it. We all just watched the events unfold in awkward silence. And that makes me a part of the problem.

Everyday Sexism is a book that started its life as a social experiment, with Laura Bates asking people to share their experiences of sexism - including prejudice, intimidation and abuse. The project snowballed in size and support (as well as growing disapproval from certain corners) to the point that a book seemed to be the only next logical step. I'd actually argue that it was a very necessary step. In Bates' own words:

’In the early days, as the first stories of this kind were recorded, I wondered why people were coming to us - why they weren’t sharing and being supported elsewhere. And then I started to realise that there wasn’t anywhere else. Thousands of these stories had never been told. Thousands of these women had grown up in the confident assumption that these violations were their fault; that their stories were shameful; that they should never tell anybody.’

And isn't that really part of the bigger problem, here? It's all too easy to gloss over these tales of abuse and victimisation with phrases like 'it's just a bit of banter', 'you're being too sensitive', she's exaggerating for attention', 'learn to take a compliment', or even 'she was asking for it'. We're talking about countless acts of harassment and abuse against women, every day and in every town and city in every nation across the world, which we're guilty of being collectively dismissive of - and in many cases actively belittling the women that do speak up for themselves.

Nobody should live in anxiety or fear just because they're not male.

Read this book. Get angry. Stop being a part of the problem.
Tweet